Learning All About Oil Furnace Maintenance and Repairs

How To Diagnose And Replace A Broken Air Conditioner Contactor

If your central air conditioning system isn't working, it may be that you have a problem with a component inside your outdoor unit's electrical area. The contactor is one of the small electrical  components that lie in close proximity to one another, it is not unusual for it to fail. The good news is that the contactor is inexpensive and easily replaced if you go to websites and are a handy do-it-yourselfer. Here is how to tell when this component fails and what you need to know about replacement:

What is a contactor?

The contactor inside of a central air conditioning system has a simple job; it serves as a gateway for electrical power to start flowing into a system's various other components such as the compressor, blower and other electrically-powered devices.

The contactor isn't complicated and consists of a few simple parts. While each specific contactor is different, they all operate by using a moving "plunger" that opens and closes a "switch" inside the contactor. This switch consists of contact points that are pushed together when a controlling electrical current, sent by a thermostat, creates electromagnetic force. This controlling current, which is usually 24 volts in most systems, allows the necessary 120 or 240 volts to enter the system. When the thermostat turns off the controlling current, the "plunger" retracts and the contacts are broken.

How does a contactor fail?

Contactors are subjected to several potential stressors on a daily basis:

Some contactors fail when the silver conductive coating on the contacts themselves wears away. This permits the contacts to arc and actually weld together due to the flow of high-voltage current. At other times, the insulation on contactor wiring can deteriorate as a result of exposure to electrical current or environmental causes. Even a colony of invading ants can disturb the functioning of contactors and cause them to short circuit.

How can a bad contactor be identified?

When a contactor fails, the classic sign that appears is the failure of the outside unit to shut down. Broken contactors will often lock into an "on" position, and that permits the flow of current to continue from the main power supply to the compressor and other components. Should this happen, the unit will run continuously, even when the inside blower or other components are off.

How can a bad contactor be replaced?

Since contactors are inexpensive in most instances, repair them is not a practical task to undertake. Instead, broken contactors should be replaced. Below is a brief overview of how to do it:

1. Turn off all power to the central air conditioning system – power can be turned off at the outside panel located in close proximity to the system's compressor. The power may be turned off using a simple lever that moves up-and-down or it may consist of a power connector that is pulled out of the unit entirely. In either event, it is absolutely critical for safety to stop the flow of electrical current or you risk being electrocuted.

2. Remove the electrical panel cover – the outside unit will likely have a separate thin metal cover that attaches to the main chassis holding the fan and compressor. The panel cover is usually held in place by a couple of small screws; carefully remove the cover being careful not to lose the screws. Also, be cautious for stinging insect pests such as wasp, bees and ants that may have "invaded" the unit.

3. Locate and remove the contactor – the contactor will usually be square or rectangular in shape, and it will have at least two, and sometimes four or six, wires connected to it. Carefully remove these wires and unscrew the contactor from the chassis. Be careful not to touch the neighboring capacitor, the canister-shaped device that will usually lie next to the contactor; capacitors contain hundreds of volts of stored electricity, and they can give you a nasty shock.

4. Purchase a replacement contactor – after removing the contactor, search for a replacement. You will need to provide the contactor's part number or your unit's manufacturer and model designation to an air conditioning parts supplier; this information will enable them to find a compatible unit for your system.

5. Install the replacement contactor  – installing the new contactor is easy. Just attach it to the unit's chassis using the screws you removed in step 3 and reattach the wires to their appropriate terminals. Restore the power and test the unit for operation. 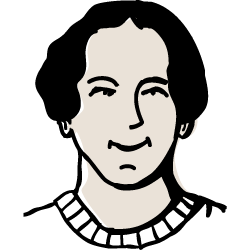 Hi there, I am Russel Stayley. I never knew that homes could have oil furnaces until I moved into my first house. The oil furnace required frequent fill ups and other forms of maintenance to run correctly. Residue from the oil fuel often clogged up the lines, making it difficult for the furnace to operate. We had a professional come down once a month to top off the oil, replace the filter and inspect the other components. I will talk more about oil furnace maintenance and repairs on this site. I will also explore the other furnace options available to you today. I hope you can use the information on my site to keep your furnace in good condition. Thank you for your time. I hope to see you again soon.